* Golden Flangetail  my husband took  pictures*
After finishing an errand on his way home without me, my husband found several Golden Flangtails and took some pictures for me. He boasted about how far they were and pictures came out well :-)  It was drizzling at times on that day.
In English "flange" is used; Japanese name "ウチワヤンマ" is the combination of the two words of  "fan aeschnidae".  Interesting to find the different ways of finding the part of the tail in two languages 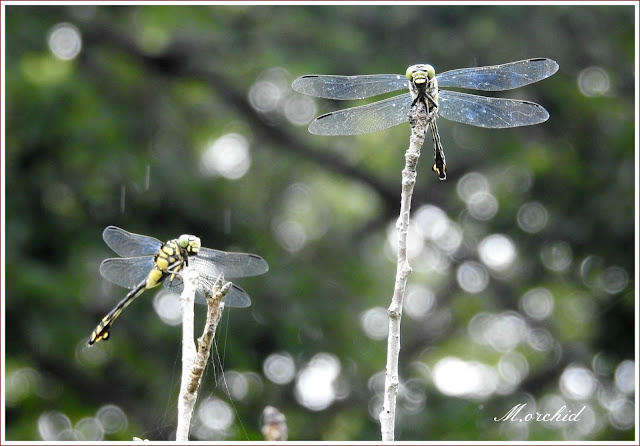 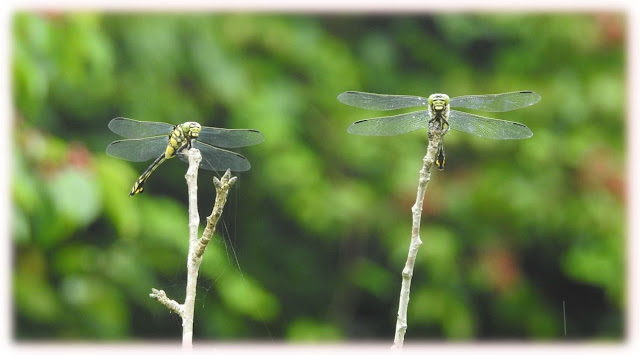 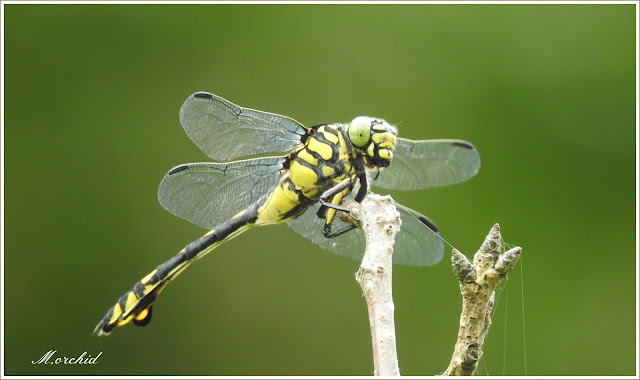 They were on the tip of the tree branches. He said he knew where to search p:-)
As you might notice, picture above is the one on the left. 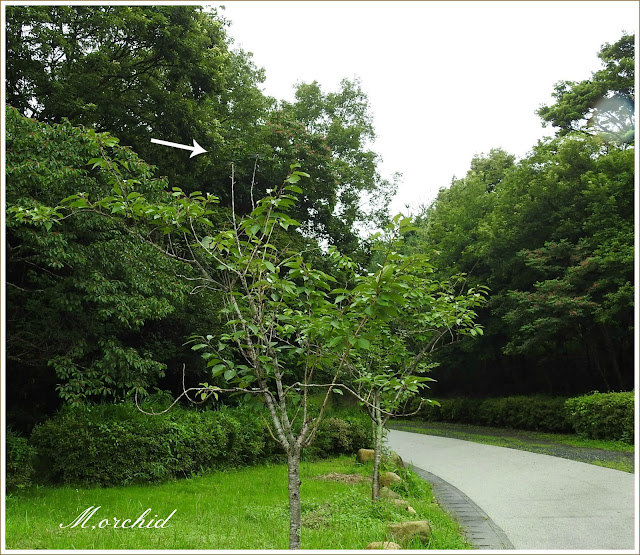 Another one was high up on the tree.
Sorry for the blurry pictures he took to prove about the distance.
And I hope you can see the fence behind the tree. 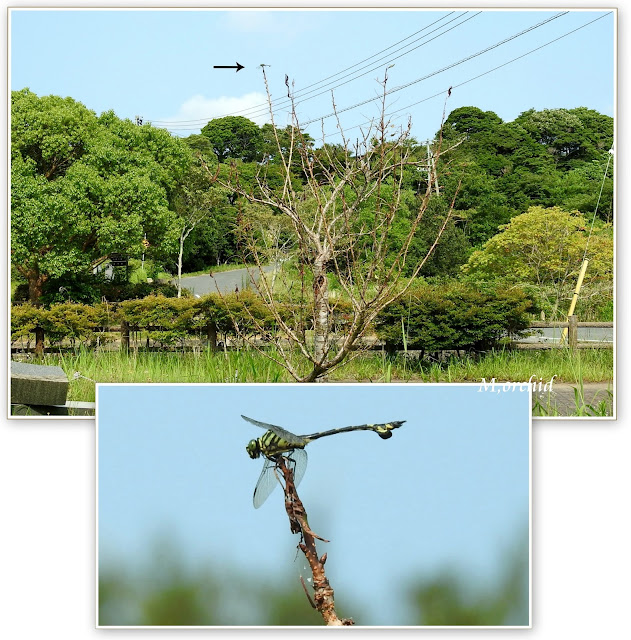 As he has net in the car, he took one home.
Of course, I released her (it's a female he said) after the quick photographing. 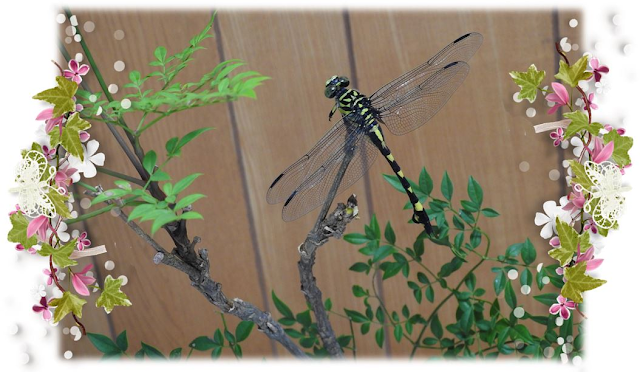 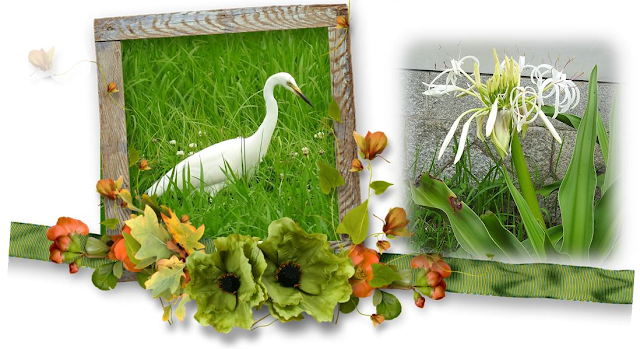 When I found this Fern Palm, I thought the contrast with pine tree is quite unique. And I'm surprised to learn that the yellowish flower only blooms about every 10 years.
Also finding the derivation of the Japanese name (ソテツ・蘇鉄, sotetu), I thought it really interesting.  And reminds me of a Japanese idiom. (in the Etymology page) 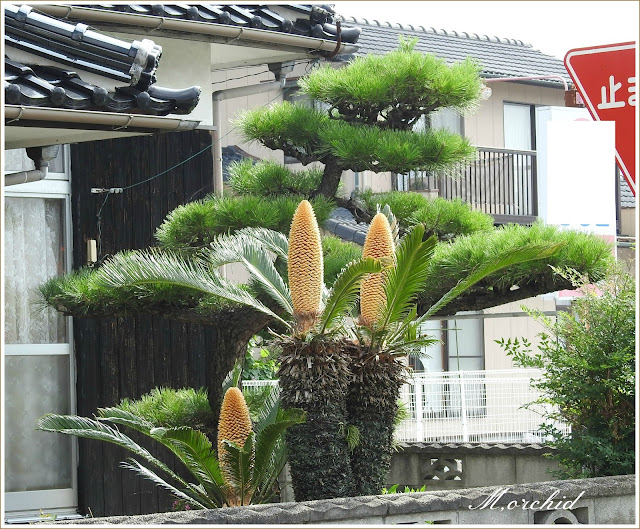 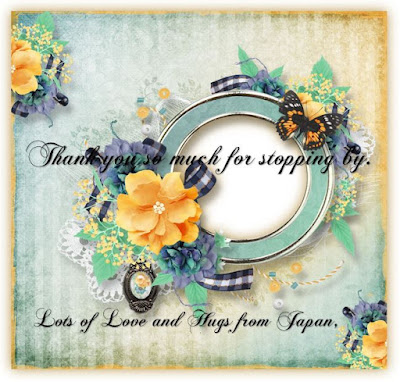 We are having unbearable hot and muggy weather, hope you all are doing fine;
See You Soon, and have a wonderful coming new week.