Green Day10♪ (My next neighbor had birthday roses)

My next door neighbor had 73rd birthday and her warmhearted
daughter-in-law sent her bunch of roses.
Wow, she said she had more than a hundred in the box.
Yey, we had some share of them ♡♡♡ 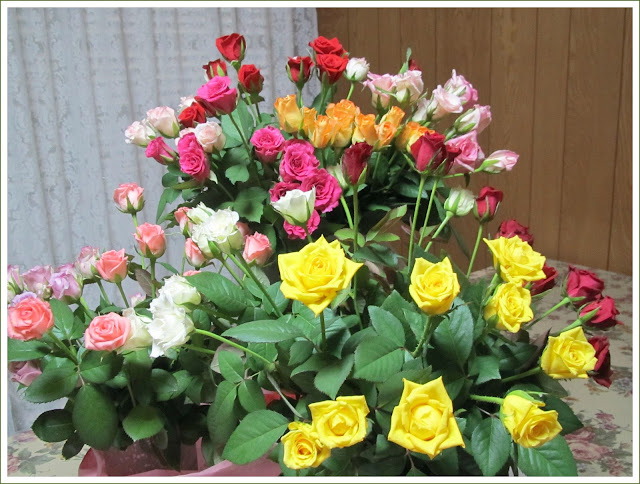 This is one of her pictures taken in her house (just some of the roses),
I had permission from her to use it for my blog.

Happily we had some shares from her and I took some pictures after decorated in the vase.  Haha, I should have bought some cakes and have them enjoying these lovely roses. How sweet of her and her daughter-in-law♪♪♪ 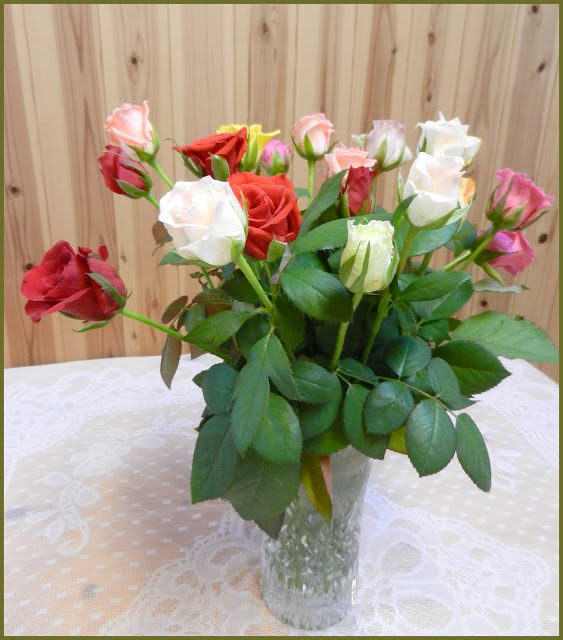 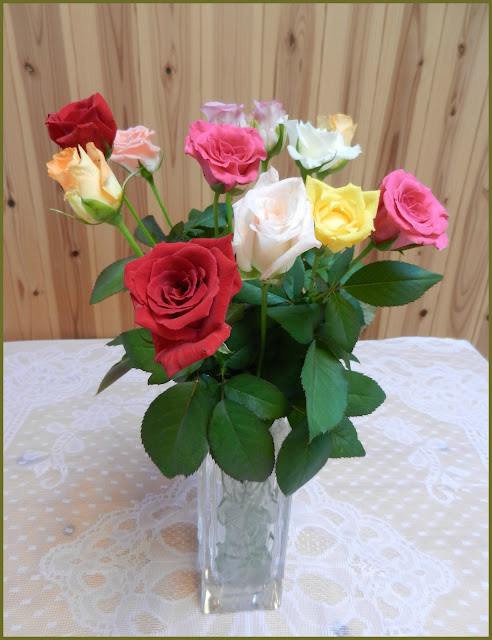 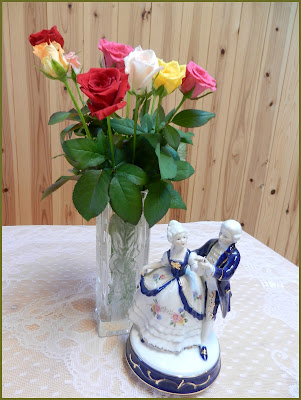 I might have written this little anecdote that the next door lady and I used to be the next door neighbors as well. We lived in the very small company house. Both of our families left there when I was a hight shcool girl buying our own houses. And my mother and she bumped each other one day later when I was 22 years old; she thought about me for the single man living alone who happened to live next door to her.  He bought a house a couple of years later after he lost her mother quite young as he thought owning a house might be a benefit to find a wife.  Well, she is our match maker and we married four months later after the arranged meeting p;)