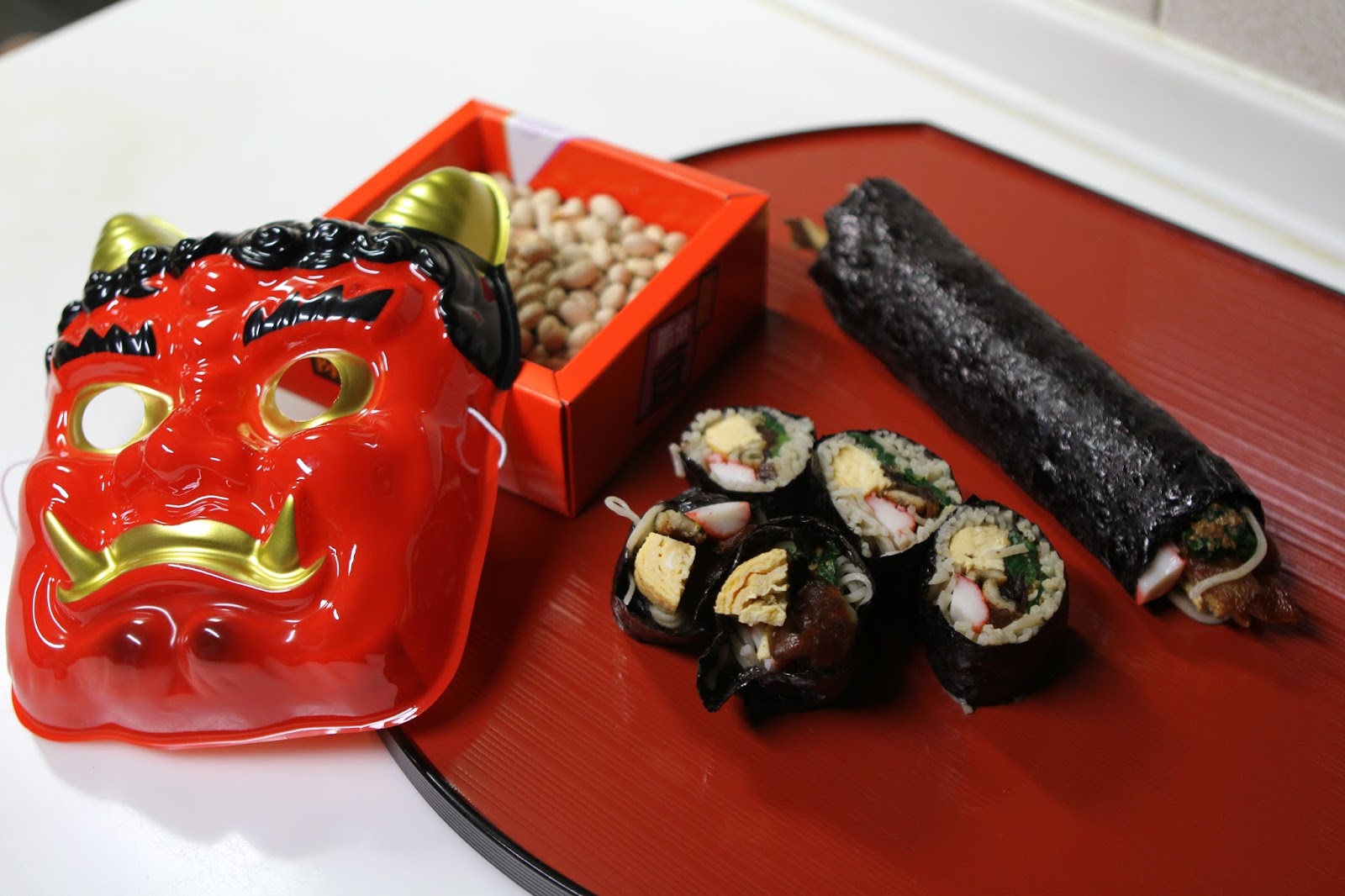 (節分"Setubun" Bean-Throwing Festival or Bean-Throwing Ceremony) is the day before the beginning of spring. The two characters literally mean "seasonal division". We also have another term called "Risshun (立春)" celebrated yearly on February 3 as part of the Spring Festival (春祭 haru matsuri).
In its association with the Lunar New Year, Spring Setsubun can be and was previously thought of as a sort of New Year's Eve, and so was accompanied by a special ritual to cleanse away all the evil of the former year and drive away disease-bringing evil spirits for the year to come. This special ritual is called mamemaki (豆撒き, literally "bean throwing").

*恵方巻き Good Fortune Sushi Rolls*
Eho-maki (fortune rolls), like the ones in the picture above, are called futo-maki (thick sushi rolls) eaten on the night of Setsubun. 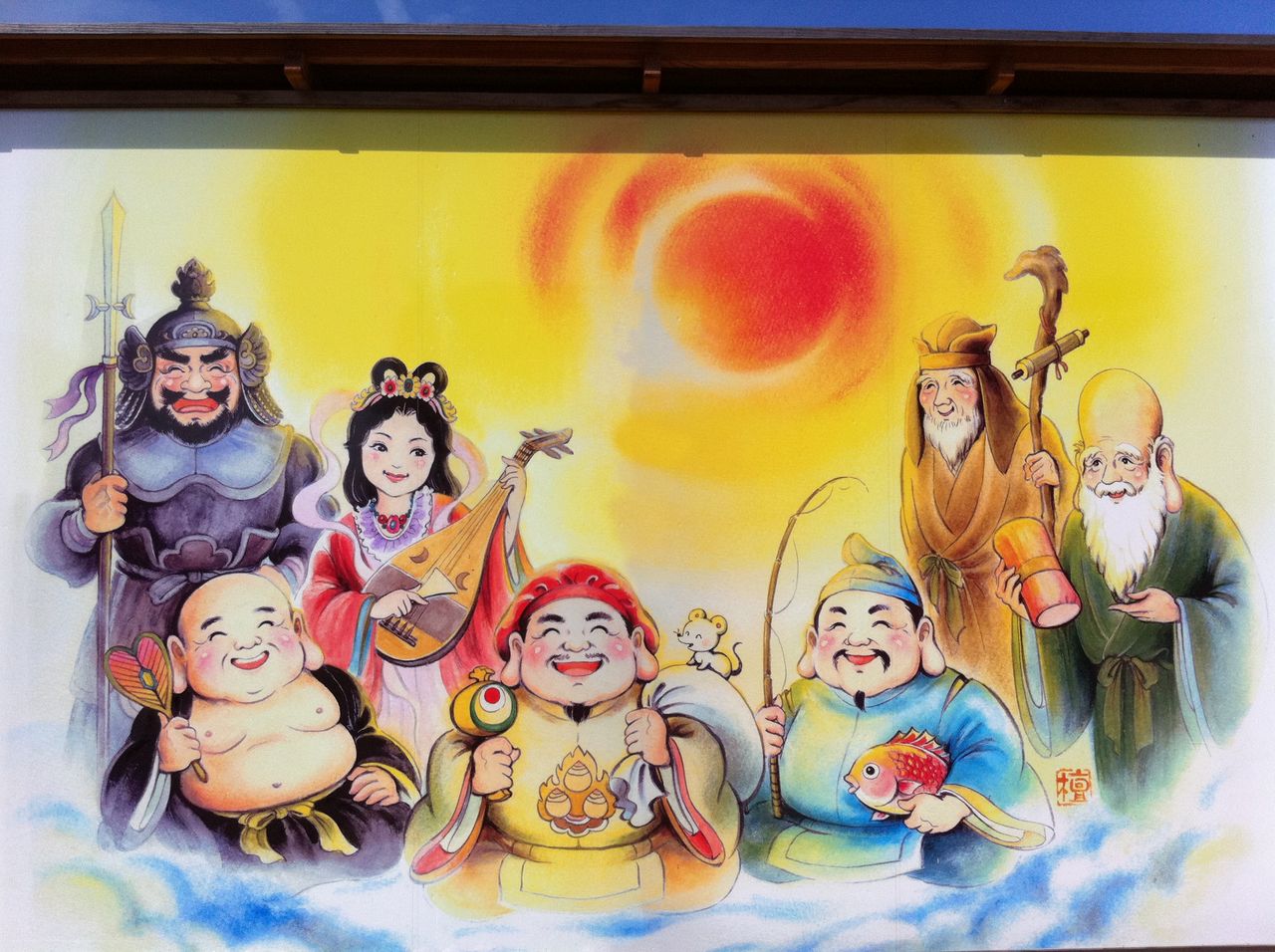 *At temples and shrines*
At temples and shrines, bean trowing ceremonies are held. The video below is from last year at a temple in Chiba-pref. Sometimes TV talents or celebrities are invited. You can see the sumo wrestlers in the picture.  Eating beans on this day means you'll have "No sickness No misfortune".  Usually we eat beans with same number of our age or one more, whew lots of them for me :-)

Email ThisBlogThis!Share to TwitterShare to FacebookShare to Pinterest
ラベル: Setubun