Christmas Display and History in Japan; 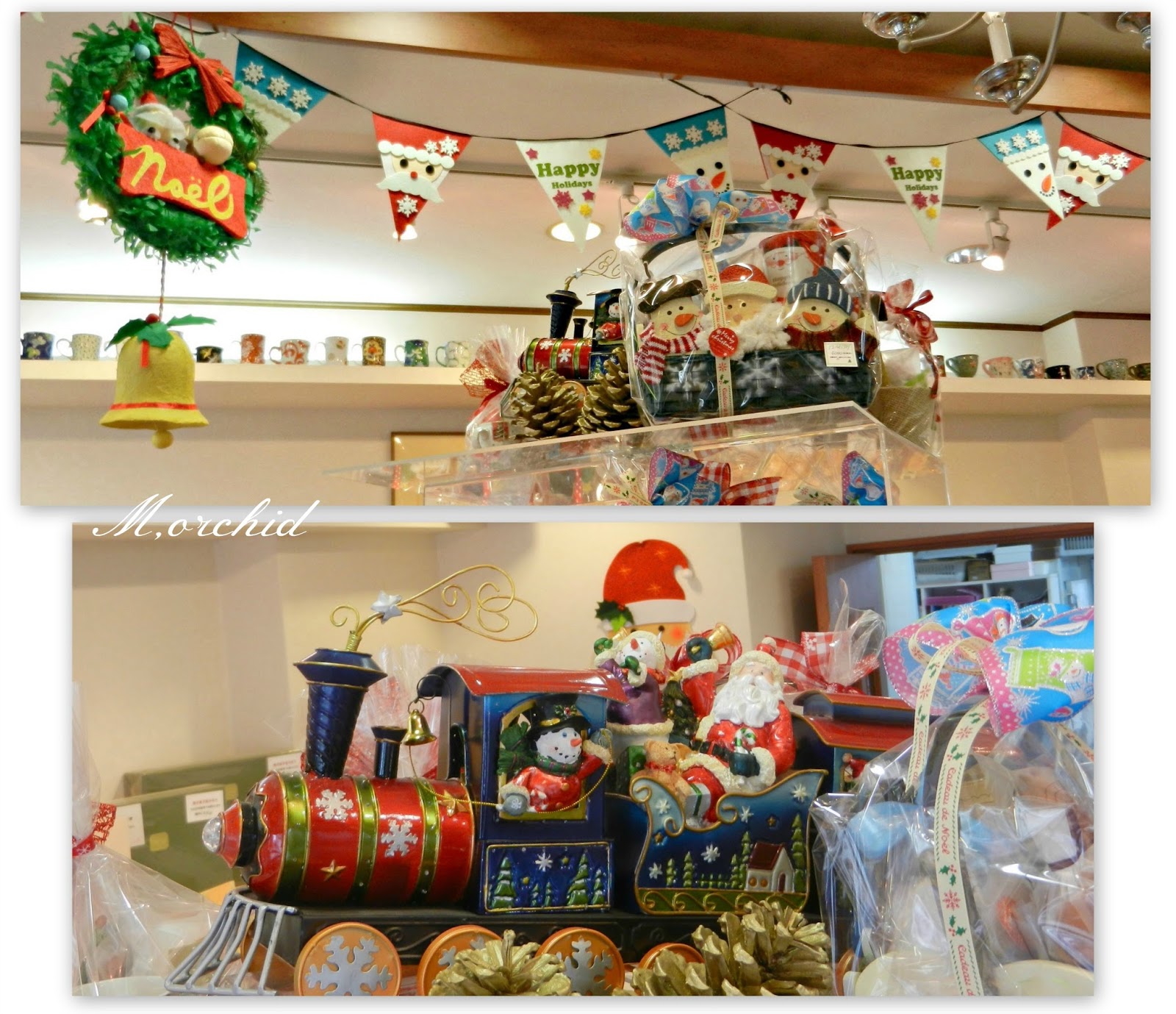 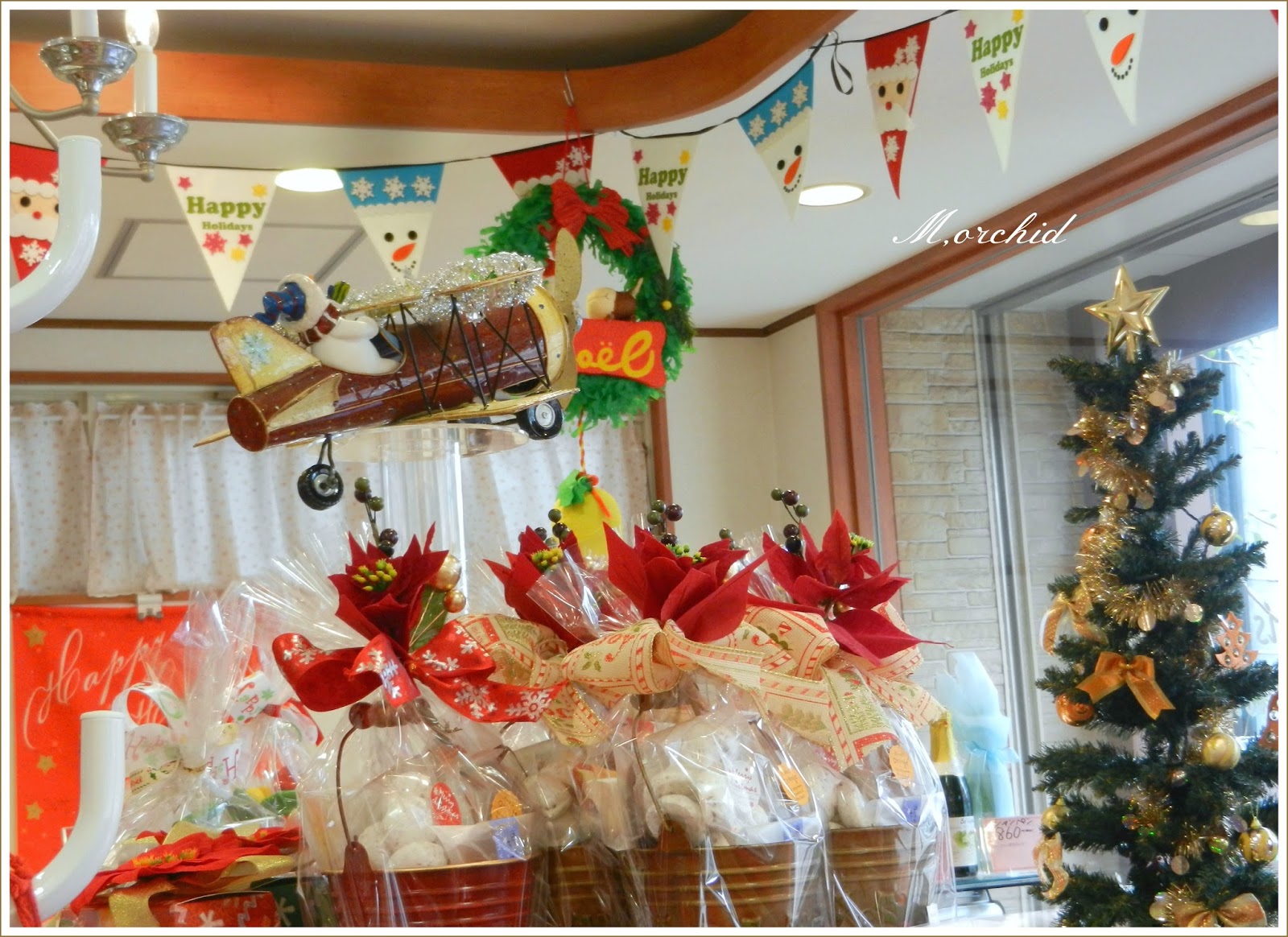 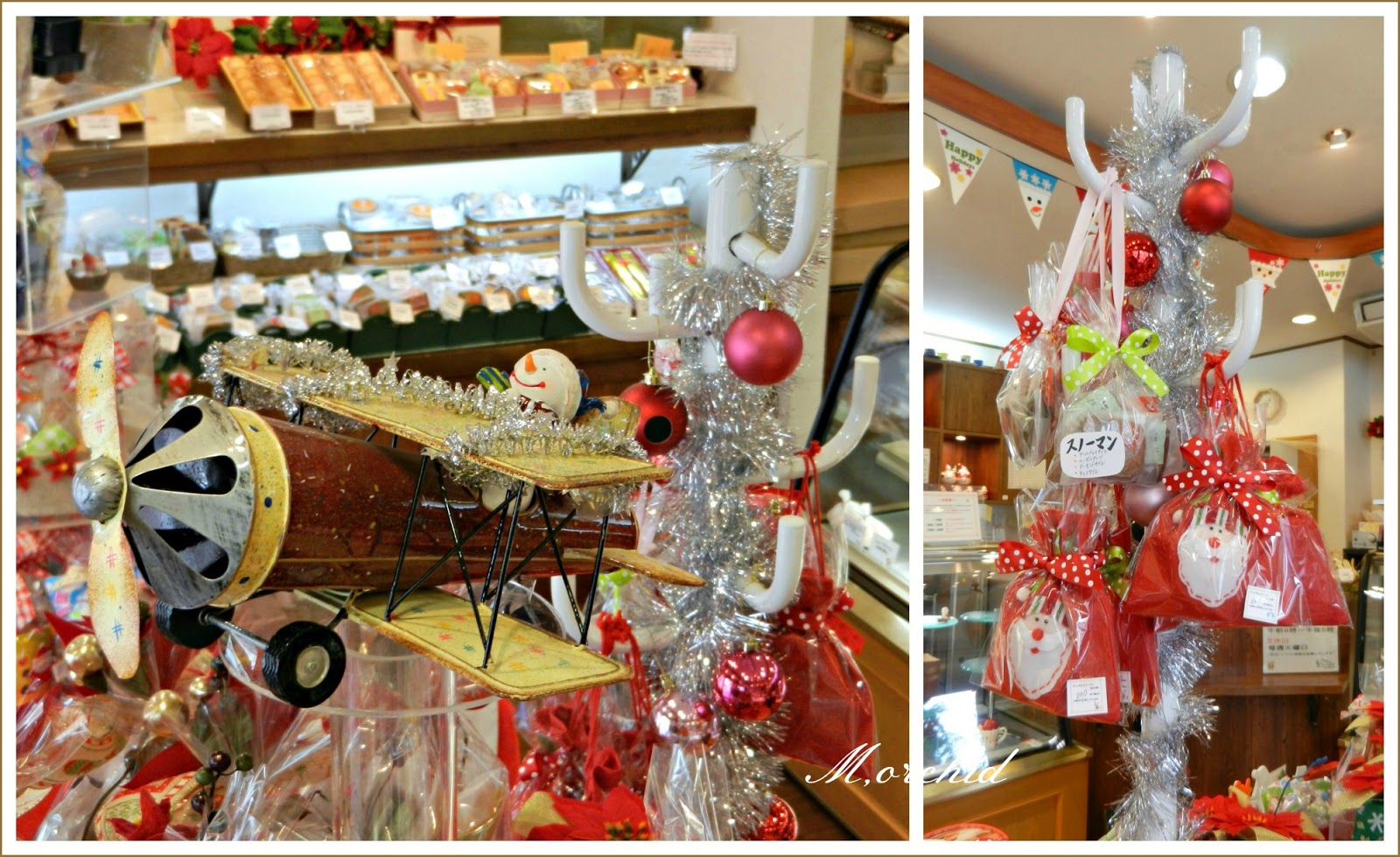 *This Santa is my Dear Friend's one of the embroidery works*
I posted one of her works here and will show you other ones in near future. This is from my post in 2011, the year when I stated writing blog. Wished to introduce this history again :-)

For Japanese people, one of the top historically famous foreign person is Francisco de Xavier(1506-1552). He was the first missionary of Christianity to Japan performed missionary work in Yamaguchi-pref. in 1551.   Yey the prefecture I live!
And Japan's first Christmas Mass was held in Yamaguchi in 1552.
I found two pages which gives me the ideas about how our Christmas started and what kind of man Francisco de Xavier was. I wouldn't have checked about these unless I tried to post about them. I found these pages really enlightening to me!
The Christmas Archives     Francisco Xavier       ←links

Xavier taught Japanese Christianity about 400 years ago. The first recorded Christmas Mass was celebrated at Yamaguchi Church in 1552. In 1639 National Isolation was imposed upon Japan, and most Christians changed their religion at that time, but some, especially the KAKURE, kept Christmas in secret all through the persecution.

In 1854, American navy Commodore Perry (he is really popular in japan, too) opened National Isolation and Japan began to take to Western culture like a dry sponge to water.

But Christmas was not well known at that time. In 1875 in Harajo School in the Ginza area of Tokyo, Christmas was celebrated. It was strange and amusing because Santa Claus appeared dressed like a Samurai.

In Taisho period (1912-1926) a lot of Western countries began ordering Christmas decorations and toys from Japan in stead of from Germany. Japanese manufacturers made Christmas lights for the tree, and dolls of Santa Claus for ornamentation, some were made of celluloid. And Aluminium artificial Christmas Trees came from Japan also. These Christmas things were getting pretty common and easy to find in Western department stores and toy shops after WWII 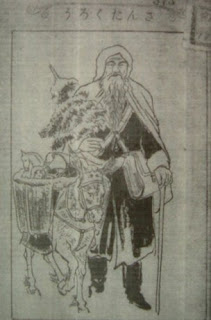 I couldn't find the drawing or the picture of the first Santa.   However, I found this sketch and he sure looked different.  I am so sorry that there wasn't any mentioning of when or who drew this.

We are having colder Dec. in Japan. I hope you (will) have a wonderful Sunday♪ House of Representatives election is held today, hope the low turn up rate of young people will go up.

Email ThisBlogThis!Share to TwitterShare to FacebookShare to Pinterest
ラベル: Christmas, Our World Tuesday