Watching the birth-date of my husband's driver's license the other day; I thought about the Japanese calendar and Western calendar we use without paying much attention.

According to the Japanese traditional era name, this year is "Heisei 平成26”.  Starting in the year 645,  Era (here) is changed at the time of the Emperor's demise. (there were exceptions in the old days). I was born in the year 30 during Showa-era（昭和）. (red circle in the form below)  From the western calendar, it is in the year 1955.
After the Meiji Restoration (1868), We have 4 eras (明治、大正、昭和、平成).

We see these 2 types of forms when we need to register or for the formalities.

*Both of them are used in a funny way*
I found that for the driver's license one's birth year is written in Japanese era. And the expiration date for all the products or medicines, written in Christian era.  After around my generation, we memorize both eras without any problems. For my parents' generation, I don't think they have western era in their mind much.  Funny enough,  I haven't even thought about my late parents' birth year with Christian era.
Era is considered as a beginning of new chapter and used like,  "good old Showa-songs" or "Heisei-depression". 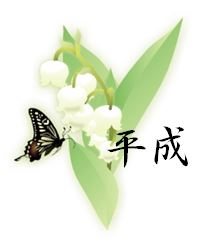 Before I try to write this post, I asked my 11 year old student about her birth year. She is so intelligent knowing both calenders.  After I explained, She seemed delighted to learn what the Christian era and our era means.
I hope both "Japanese calendar, Western calendar" and "Christian era, Japanese era" make sense to you. 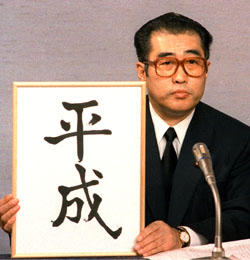 I remember waiting the announcement wondering the name of the new age.

Thank you so much for reading this long post!
I'm linking this post to Our world Tuesday;