(posted; Japanese culture page)
Have you ever played with Chinese Lantern Plant? 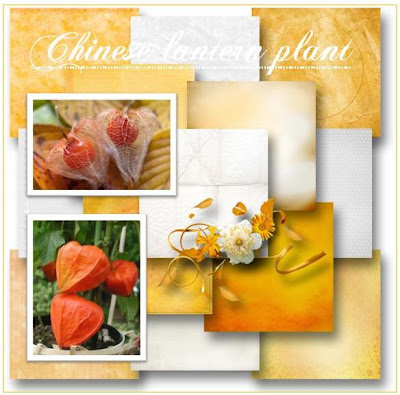 In Japanese, this plant is called "ホオズキ, hozuki", which almost sounds like made up with 2 Japanese words "cheek + stick out".
According to one of the theories, the name derived from the shape of the children's cheek get puffy when they play with it trying to whistle sound putting the emptied fruit into their mouth. It is the season of this plant in Japan and I remember having fun with it when young. My neighbor used to have the plant and let me pick it and use the fruit. Oh, I wonder if  the kids in my neighborhood have fun this.
And this plant often brought to the family grave during Obon. 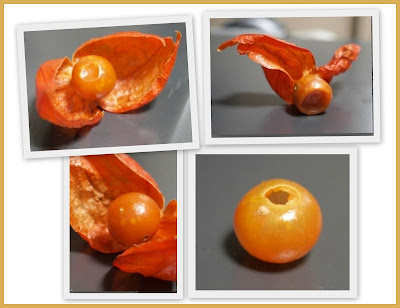 We have festivals in various places in Japan. Unfortunately not in my city. I thought you might be able to enjoy the feeling from the pics and a short video I found. 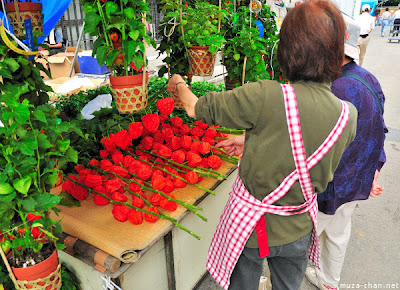 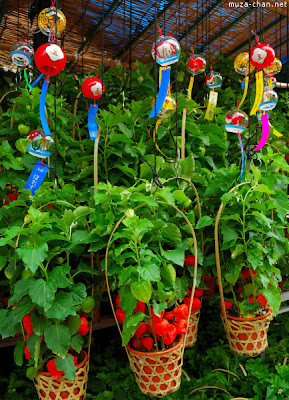 Now, for the last I'd like to add some history behind this plant in Japan, which I found from PC.  I myself learning my own culture ♪♪♪


The “Chinese Lantern” plant, was cultivated in Japan ever since the Edo period as a medicinal plant, believed to relieve fever and ease the discomfort felt by pregnant women. The belief originates in a 200 years old story that took place in the Seisho-ji Temple from Shiba (Minato-ku, Tokyo):

One day during the Meiwa era (17th century) a worker found a pot of Hozuki while working in the temple’s garden. Then, he remembered that the night before he dreamed about Atago Gongen, the avatar of Bodhisattva Jizo. Inspired by the dream, he announced that by eating the fruits of Hozuki at the Atago Shrine on June 24, one could be relieved from health problems.   June 24 is a traditional festival day for Jizo, so some people followed his advice, declaring afterwards that the plant was really helpful… The story spread, so a Chinese Lantern plant fair (Hozuki Ichi), started taking place every year at the Seisho-ji Temple.

After a while, another Hozuki-ichi began at the Senso-ji Temple in Asakusa, Tokyo, on July 9 and 10 (during the Day of 46,000 Blessings), "based on the belief that a visit to the temple on this day gives worshippers the same number of lucky days"
Wow, I will have to visit the temple someday!

Thank you very much for reading today's long post; I might take a bit of break from posting. (haha, I know what you may want to say♪）