Now here in Japan, almost all the rice paddies are full of water and the rainy, dreary days started, but necessary season...  Having inspired by my Japanese friend's Japanese blog's topic, I'd like to introduce "wagasa, 和傘"; Japanese old style umbrella.  Here is the link of The history of the Japanese Wagasa Umbrellas (if you scroll down this page, you can see how they are made) and The History of Umbrellas. 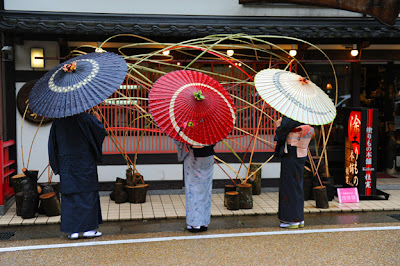 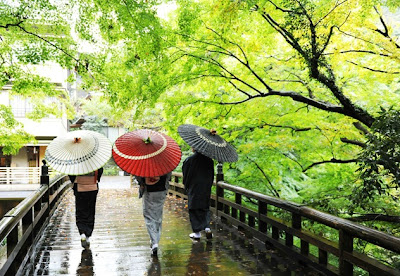 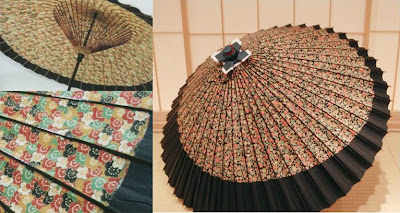 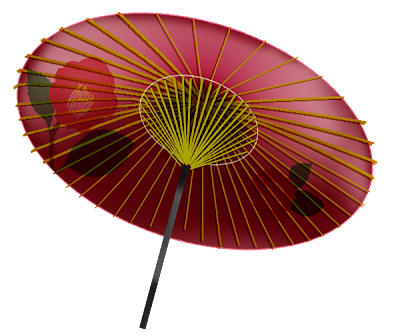 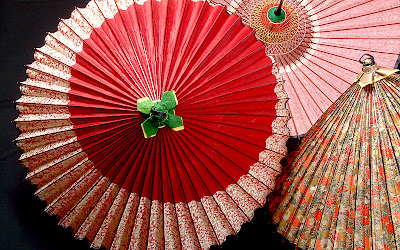 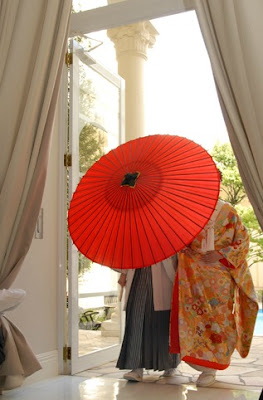 Wagasa is even used at the wedding ceremony like this
when bride and groom enter the hall.

*Some part of the quate from the history pages above
I found these histories very interesting, which I'd never learn if I hadn't started blogging.  The first umbrellas (derived from the Latin word Umbra, which means shade) were for protection from the sun and were possibly inspired from the canopy of a tree from China in 11th century B.C.   The original wagasa (8th century~) looked more like a straw hat and cape, and were worn less for rain protection than as a way to protect members of the imperial family and aristocrats from sunlight and evil spirits.
By the middle of the Edo period (1603-1868) umbrella production had developed into a series of craft processes, and production rapidly rose as umbrellas became a popular possession of the common people. Until that time, the common people protected themselves from the rain with straw hats and capes. Well, I hope these Ukiyoe might help you have the image at that time. 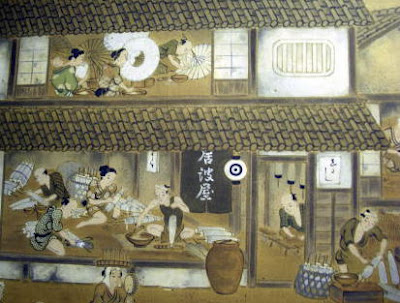 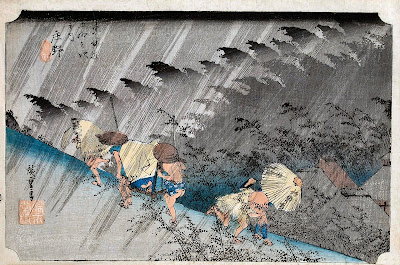 Western style umbrella was first intriduced to Japan in 1804 to Nagasaki from England and was a bit extravagant item.

I thank all of you to stop by and hope you will have a wonderful rest of the week.