My husband was so excited to observe the annular solar eclipse this Monday (wow, TV said the former one took place 932 years ago) and all prepared having bought a glasses for it.  Unfortunately, we heard the sound of rain that morning (it was supposed to be seen around 7:20 in the morning). Poor husband looked quite disappointed to have missed such a rare chance. 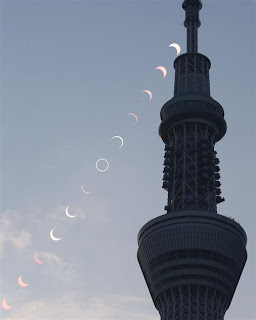 *Teru teru bozu
His discouragement reminded me of one of traditional Japanese doll or amulet used to ward off rain. A little traditional hand-made doll made of white paper or cloth that Japanese farmers began hanging outside of their window by a string. It is called teru teru bozu ←link  and literally translates to "shiny shiny monk".  "Teru" is a Japanese verb which describes sunshine, and a "bōzu" is a Buddhist monk, or in modern slang, "bald-headed"; it is also a term of endearment for addressing little boys. (quate from the link)
This doll is supposed to have magical powers to bring good weather. I DO remember my late mother made it for me the night before two-nights three days' school excursion when I was in the last year of elementary school. As are the other traditions, I don't think we can see this lovely doll much  in Japan.
What is more, it is funny enough that if you hang it upside down, it will act like a prayer for rain. I found some cute ones here, so I'd like to show you some of them.
If I had made it, it might have worked (*^_^*) 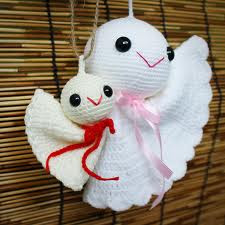 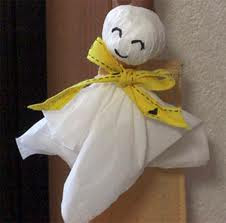 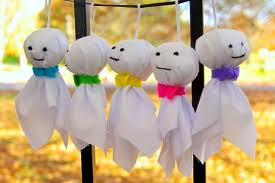 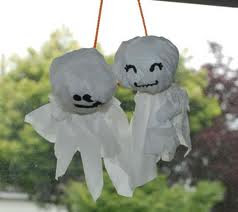