Memorial Day and "Gone with the Wind"

I guess a little bit late for posting this and I'm a Japanese but,
I learned from other friends' blogs that today is very important day for American people. And found that it is originated or connected with Civil War. I'd like to express sincere prayer to all the war victims. My father who fought World WarⅡnever mentioned about his traumatic memories, except only one moment;
I clearly remember the words he uttered blankly or rather his tone of voice etched into my memory .
It was when we were watching "Gone with the Wind" with our black-n-white TV. I was junior-high at that time. He murmured, "War leaves a permanent scar on our mind.....".  His sad looking expression still is unforgettable for me. Along with this memory, the movie left me striking image that the war brings hardship not only for men but also for women; especially from the scene which the heroin promising to live strongly in the vast field with the carrot in one hand. 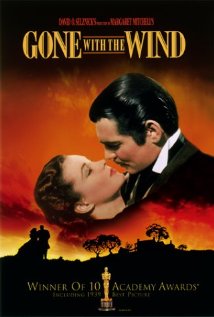 He loved American movies and dramas a lot and I reminisce watching them togather. Above all, his favorite was "Combat" with Vic Morrow. This made me feel  a bit bizarre, thinking he was a living witness of tragedy. No way of knowing why with his physical condition now.......
投稿者 orchid0324 時刻: 2:30 PM

Email ThisBlogThis!Share to TwitterShare to FacebookShare to Pinterest
ラベル: feelings