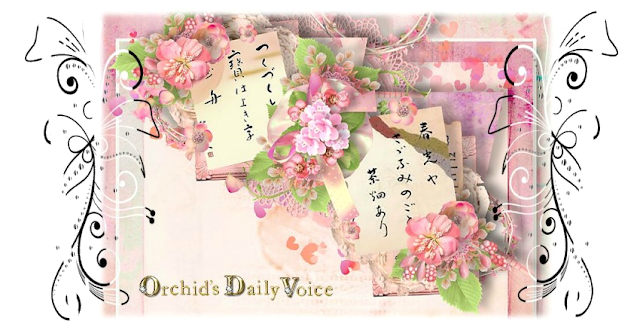 *My First Experience of Haiku Gathering *
Early this year at the Dentist, I've met and talked with the Haiku-poem teacher while we were waiting for the treatment.  I finally could attend the once a month gathering. 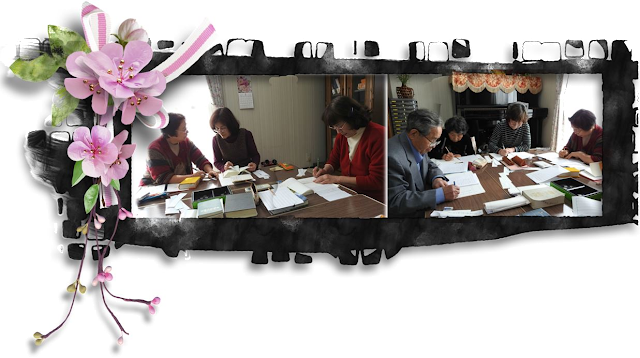 Traditional haiku-Poem consist of 17 "on" (音, "sound" in Japanese) or "syllables", in three phrases of 5, 7, and 5 on respectively.  Not always but importantly, Haiku traditionally contains A kigo (a word or phrase that symbolizes or implies the season of the poem ).  And it is drawn from A Saijiki (歳時記 "year time chronicle")

I'll put my own translation under the poem; I DO wish I have enough English ability to deserve for the Haiku. I will just translate word by word. Might be impossible among different languages.   First one is one of the teachers poem.
*春寒の 窓閉めてより 長電話*   *shunkanno madoshimeteyori nagadennwa*
(with spring coldness, after closing the window, make a long phone chat)

In the middle of this month, I found a male pale thrush walking nearby small park. I was happy for my first capture of male which I can add with my female collection of pictures. (female picture is from last year).
At the gathering, teacher made some alterations; this one is after altered.
*シロハラの つがい揃いて 我の前*  *shiroharano tugaisoroite warenomae *
(pale thrush, now with pair,  in front of me) 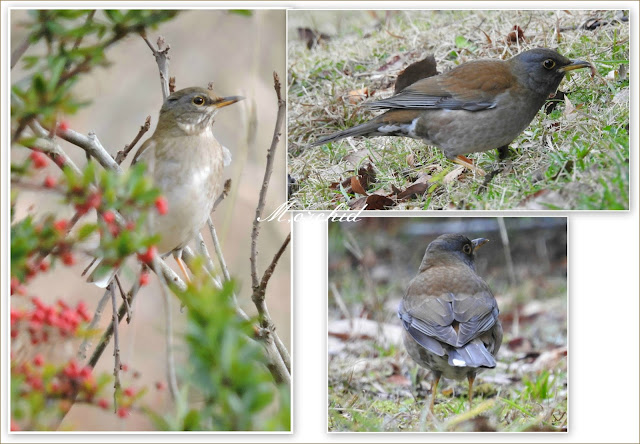 *Early Blooming Cherry Tree *
This cherry tree is called 'okamezakura'オカメザクラ（Prunus incamp cv. Okame）.
Flowers are characteristically facing downward. (my weeks favorite for F.H)
Just one tree along the Koto river side; as always taken on our way back from shopping :-) 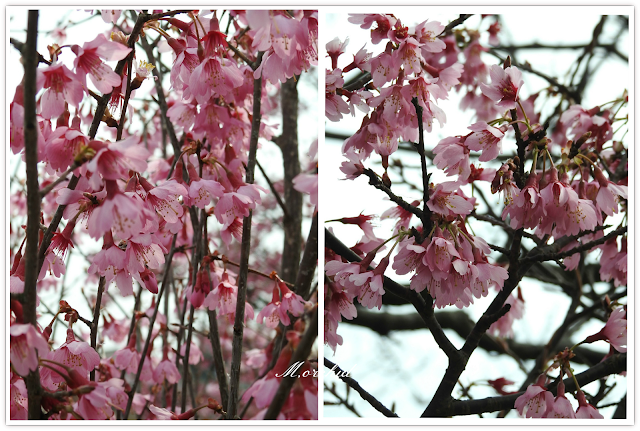 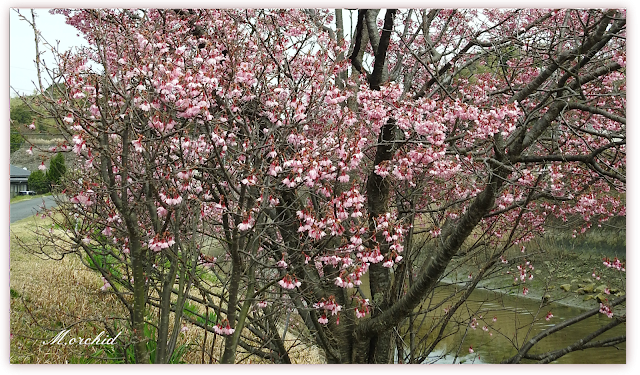 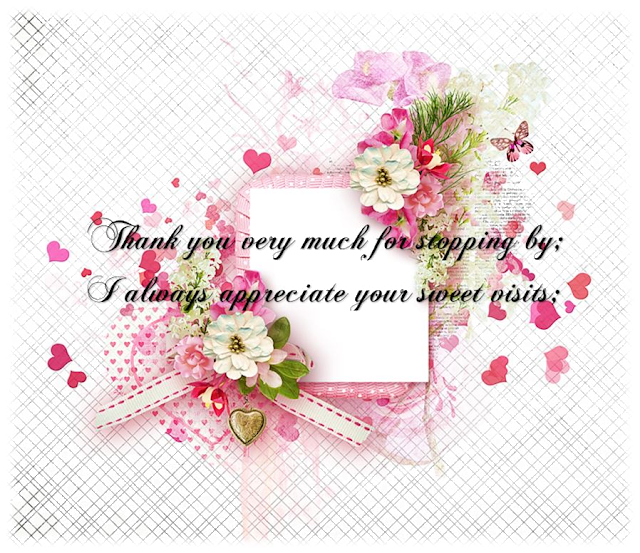 I think I finally will be able to have easier week;  Have a wonderful coming new week ♪