We stopped by Xavier Memorial Church on our way back when we went to our capital city to visit museum.  Francis X'avier is the first Jesuit missionary and also the first missionary who brought Christianity to Japan. He came to Japan in 1549.
Original church was built in commemoration of his 400th year of his visit in 1952. But it was burned down about 11 years ago and was rebuilt 4 years ago.

The theme of the new church is 'tent sanctuary','light ', and 'water'. 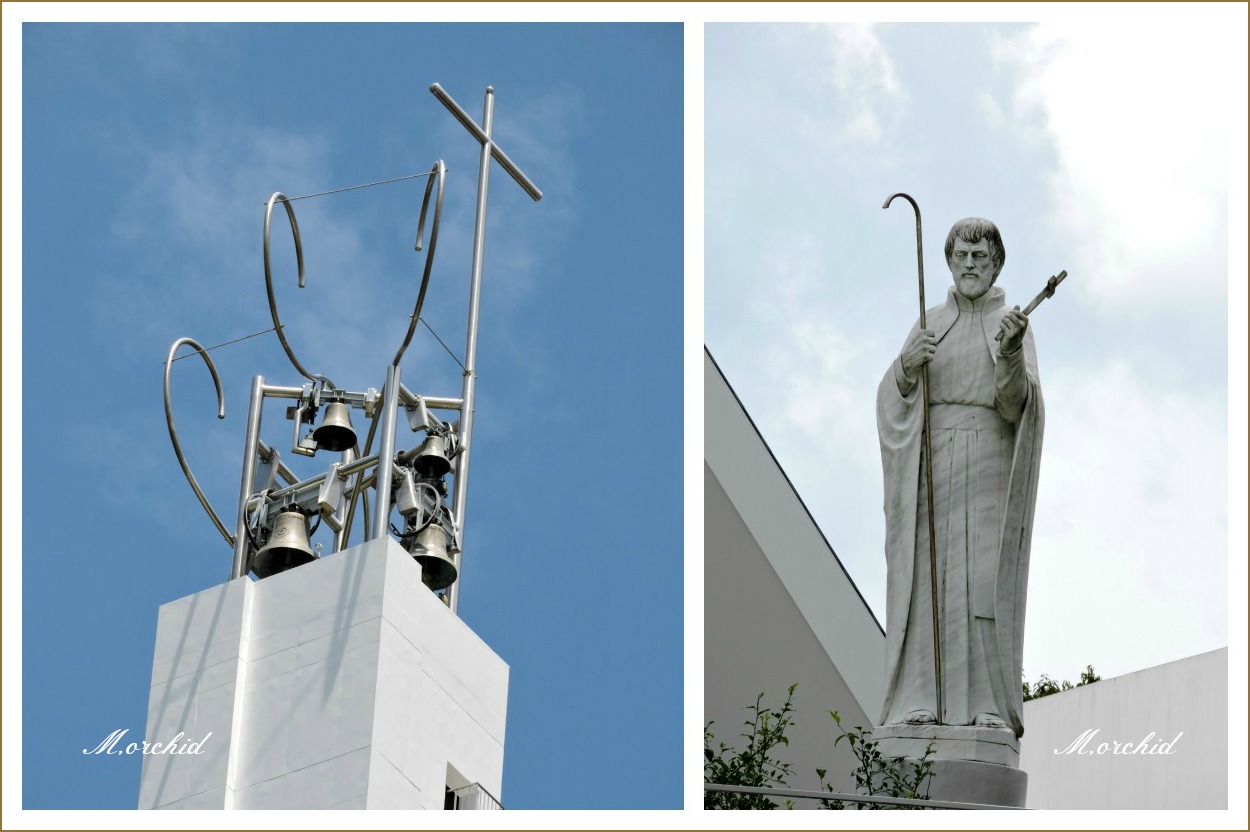 It sure was great to rediscover about the history about him and how Christianity came to Japan. I never knew he had been to several places in the world. During 16th century, he was allowed to engage missionary work by the landlord of my area.
It was fun to read that there were eye glasses among the tributes to the landlord, and said to be the first ones to Japan.

ps: I thought this post can be included for Japanese culture as this is one of our history.