*Have you ever heard about Kannon-Bosatu?* (Try my best summarizing through PC)
Kannon-Bosatu 観音菩薩→  picture page;  introduction page

Kannon-Bosatu is the most widely worshiped divinities in Asia and Japan and positioned next to Buddha.  Another Japanese name for Kannon is Kanzeon 観世音.  The one who constantly surveys (kan 観) the world (ze 世) listening for the sounds (on 音) of suffering.  “one who sees / hears all.” This is indeed the task of the compassionate Kannon — to witness and listen to the prayers and cries of those in difficulty in the earthly realm, and to help them achieve salvation.

I visited Tachiki-Kannon (立木観音, stand timber Kannon) with my aunt and cousin. As you may guess from the Chinese Characters, this Kannon is curved directory inside of the Ginko-tree trunk. 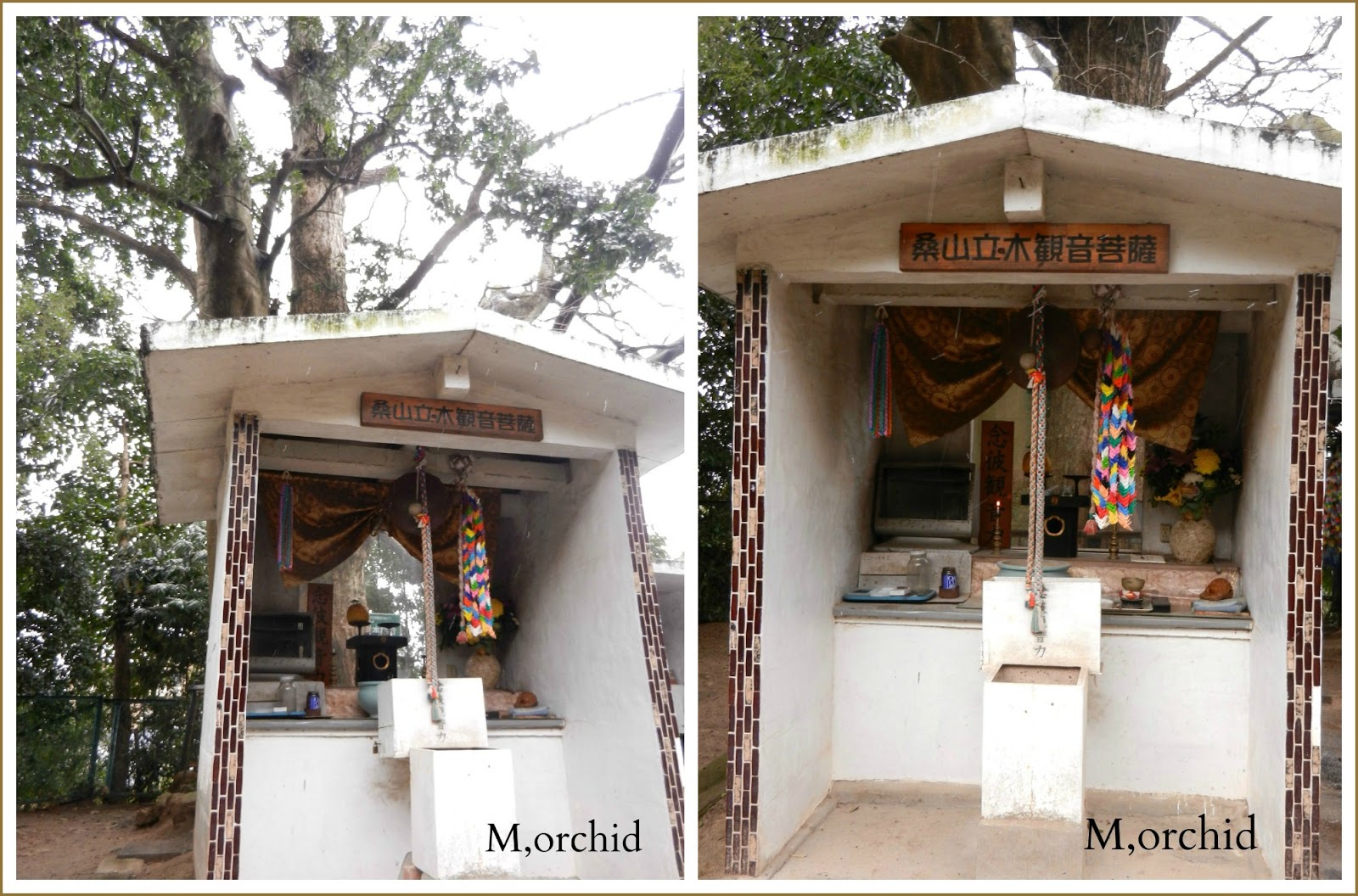 The ginko-tree, which got together (unionised ?) with the Round Leaf Holly, is in the back of the little shrine.   It is the work of 16th century's Buddha statue sculptor 木喰上人（mokujiki-shounin).  Since then it has been touched by the people who wish their prayers answered, so sorry the way the statue doesn't look elegant. 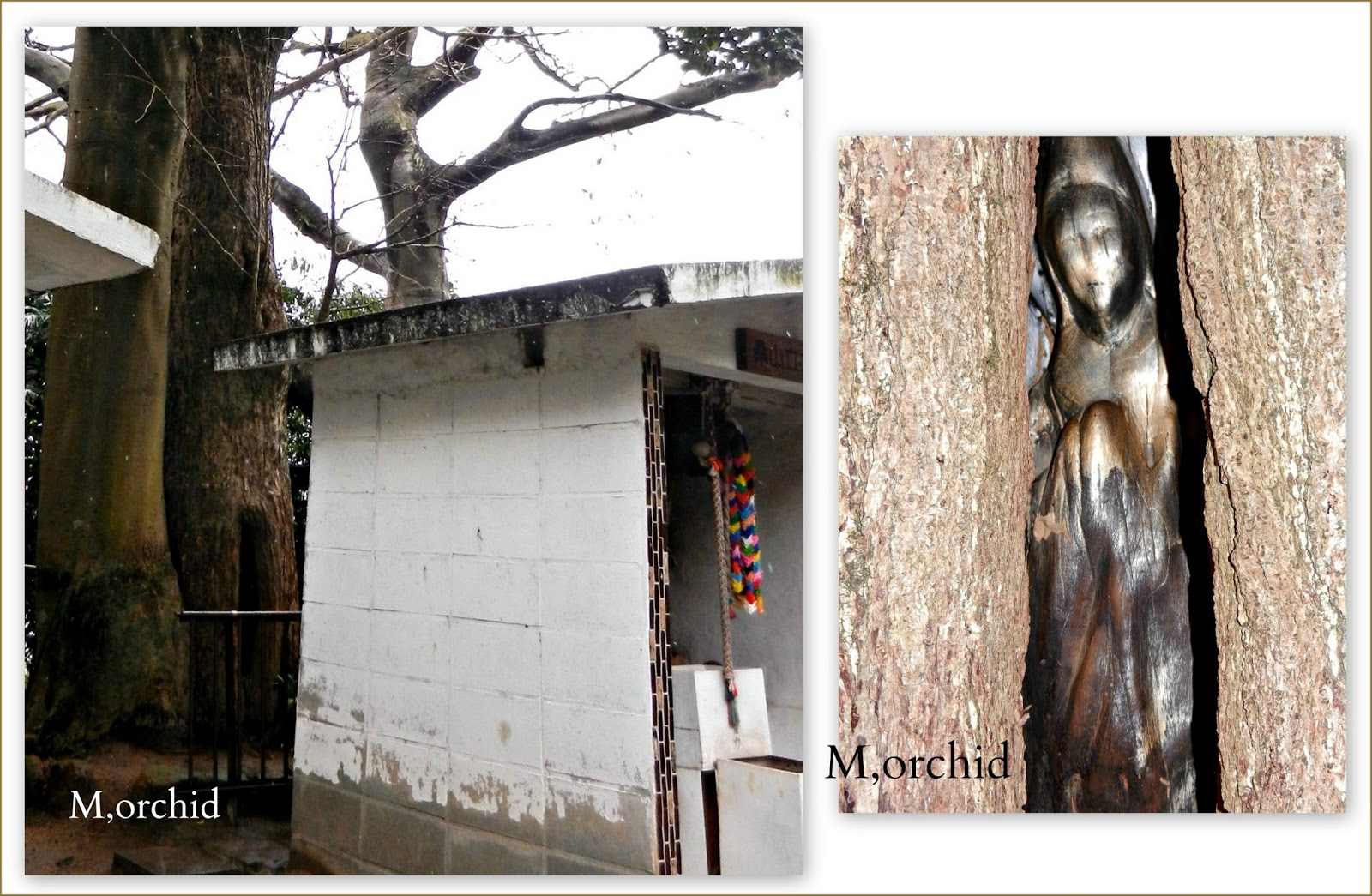 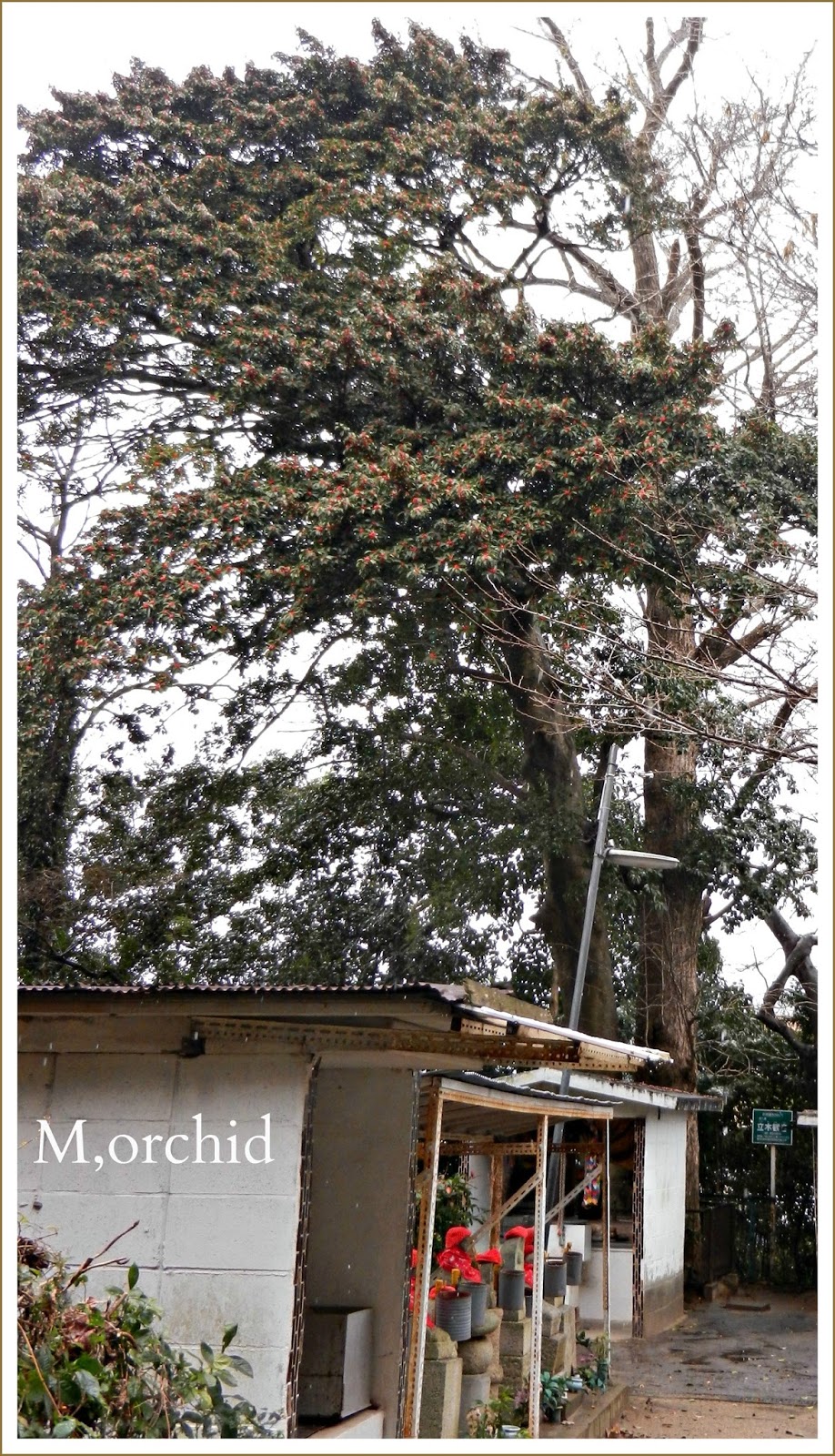 We can peek Kannon from the shrine when offering the prayer. And also go back to touch it.
We pass the stone statues called 地蔵 jizo.
You can see shrine and the Big ginko-tree, Round Leaf Holly in the back.
We had ordered lunch at my cousin's restaurant for an hour drive. Although it was a snowy day, we didn't changed the date. Luckily the snow fall wasn't so bad we visited there.
Actually, this statue is located my late father's birth city and offered prayers. I guess he must have visited here before he went to world war Ⅱ.

Thank you very much for reading this long post.  Rather than posting, I'll see you soon frinds;