I'm from Australia and now I am an only beloved baby girl for my Japanese Mom called Orchid. Mom's city and the city I came from has a sister city relationship. And she used to have or developed a really lovely ties with the couple of the former deputy Mayor. I was chosen as mom's girl from the wife of the couple as she knew mom hasn't blessed one. When she was coming back to Japan with me, she seemed SO worried if I was OK for the trip both physically and mentally. As you may guess from my pouty face, I am a tough girl; I enjoyed the airline journey to Japan♡♡♡ 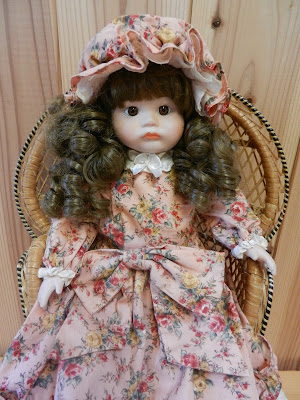 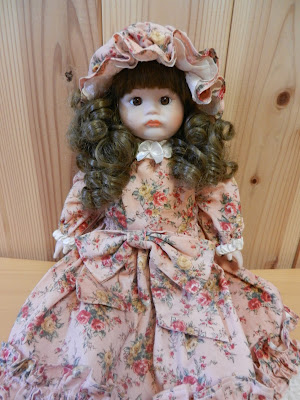 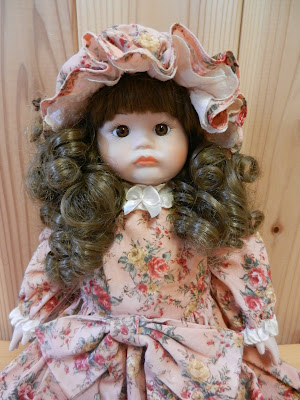 And mom told me that her late mother having been a big children's song lover; when I was handed to her, I instantly made her reminded the famous children's song called American Blue-eyed Dolls which she sang with her mom a lot. Mom treats me with great affection and also I'm a bit strong-minded, haha; so it is kind of opposite from the history of the story and song.  It was her who had trouble with my Australian accent (she said almost all her hearing ability came from American dramas and movies). When I say number 8, it sounds like "aight" not "eight" for her.
Mom said she would be so appreciated if you read the history of the "American Blue-eyed Dolls" from the link in the story below, as it was moved her a lot when she was little. Mom visited her mother's grave yard and told her about this post, she said she became a bit sentimental. But today being mother's day, I know her mom is listening the song with her smiling.(^^;)

American Blue-eyed Dolls
When the 12,739 American Friendship Dolls with blue eyes arrived in Japan in 1927, they made a profound impression on Japanese children. Even today, these dolls continue their mission of friendship and peace in almost 300 elementary schools and kindergartens throughout Japan.
The history of the American Blue-eyed Dolls did not run smoothly, with most of them destroyed or lost during World War II. However, starting in the 1970s, many dolls have been found that were previously hidden away and forgotten about.
Each of the individual dolls has a fascinating history. Many schools have created web pages to tell the history of their Blue-eyed Dolls. In addition, several web sites in Japan have been established to tell the fascinating story of the American Blue-eyed Dolls. One web site seeks to connect by Internet the schools throughout Japan that have Blue-eyed Dolls.
Even though many of the American dolls sent in 1927 did not have blue eyes, they soon became known as "Blue-eyed Dolls" based on a popular children's song entitled "Blue-eyed Doll."
Over the past two decades, Sidney Gulick, 3d, and his wife Frances, in addition to other Americans, have sent new dolls to Japanese elementary schools and kindergartens. These new American dolls continue the tradition of friendship started in 1927.

A blue-eyed doll,   Made of celluloid,  Was born in America.

When she arrived at a harbor in Japan, She had many tears in her eyes.

I do not understand the language.  If I get lost, what should I do?


Thank you so much for reading today's long story,

ps> I understand that a couple of my friends are having physical problem at the moment. I do hope their pain will be eased with the help of the medicine soon. Take care my friends and I'll catch up with your posts soon.