Tetsujin 28 （Gigantor）, my Husband Made


Today's post is kind of for my husband's sake, friends.
"Tetsujin 28-Go" （Gigantor） figure is the main robot character in a manga series that first appeared in the 1950's and he is hubby's favorite character. The figure was created by Kobe-born cartoonist Yokoyama Mitsuteru.  The big statue was built as a symbol of revival of Kobe from the Great Hanshin Earthquake and tape cut ceremony was held on Oct. 5th 2009.
The first picture is my husband's hand-made its character. About 8 years ago, he started making it after come home from work and worried me concentrating hard to create it until late at night. It took him about a month and I remember telling him go to bed early almost every night (^^;)
March 11th (the Great East Japan Earthquake happened) is coming closer, somewhat reminded me of his statue;  He looked quite delighted when I told him that I'm going to post his "Tetujin"
When I showed him the preview of this post and seeing this picture,
he said "Oh, he looks so cool" p;) 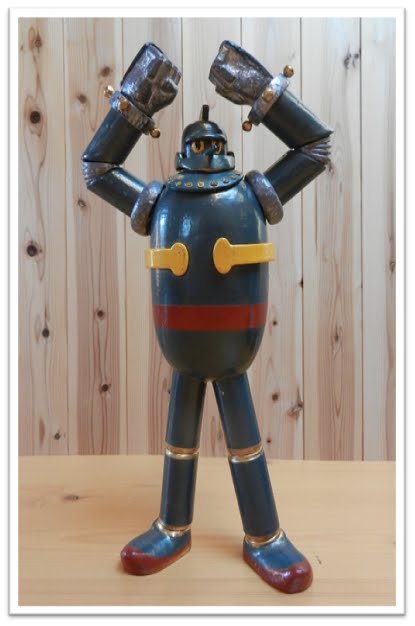 mainly made of wood and partly lead 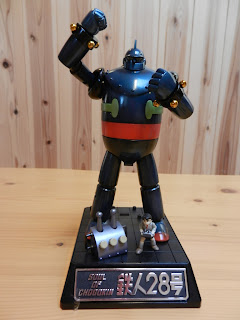 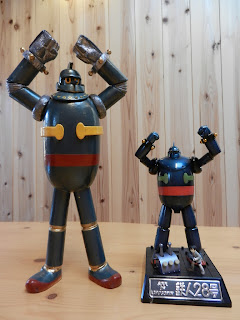 the one on the stand is a ready-made plastic-model .
We have been to Kobe to see its life-size figure. Haha, he couldn't help but see it. He is standing in front of its right leg (sorry for the bad pic). You can see how huge it is. And the last picture is from PC on the day of tape cut ceremony. 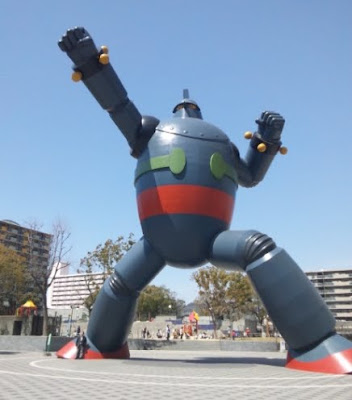 he was delighted and also surprised with the size 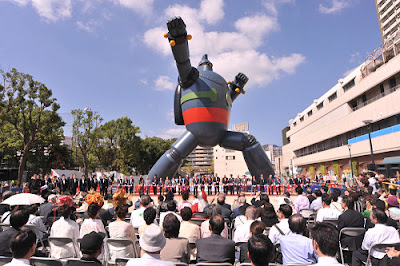 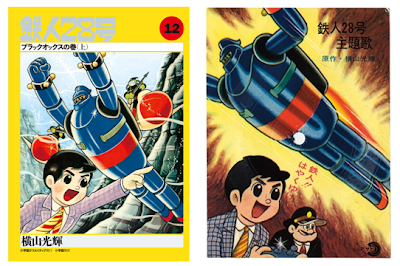 These are the pictures from anime (yes, cartoon for boys long ago, black and white on TV)
And for the last, I wish to post about the Great East Japan Earthquake later when 3/11 got closer.
Thank you for stopping by,     Love you always, xoxo    Miyako*
投稿者 orchid0324 時刻: 12:46 PM

Email ThisBlogThis!Share to TwitterShare to FacebookShare to Pinterest
ラベル: Tetujinn28-Go